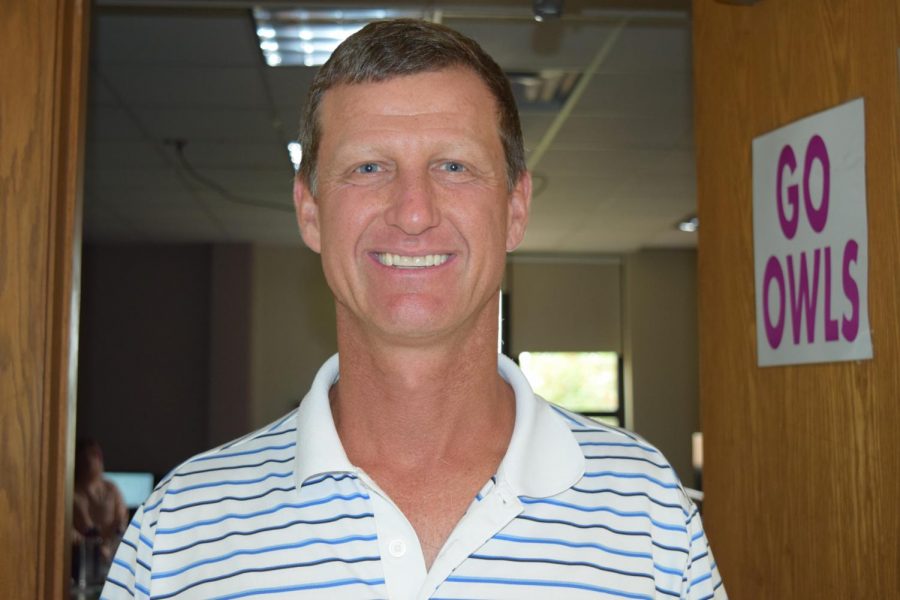 If you walk past room 206 and hear a voice that might be mistaken for an Australian  accent, you’ve just heard the voice of Mr.Glover, a new teacher as well as coach at SHS, but if you ask him where he is from, he’ll answer “born and raised in Southern Indiana.”

Glover, who is the former head coach of Columbus North High School Boys’ Soccer has taken up the roles of a teacher in the business department and an assistant coach for the girls’ soccer team. After graduating from Franklin College, Glover knew right away he wanted to be a coach because he ” love sports and loves kids.” He coached at CN for 20 years, and in that time he coached a team to win the state championship. When asked about that achievement you could tell how much pride he had in that team and described how the kids on it ” laid out goals and did everything necessary; they had high a standard and really subscribed to US [the team].”

Glover explains his move from Columbus to Seymour saying that “his family is here.” Seymour is his home where he wants to raise his son. After switching from coaching boys to girls, Glover relays that he had to adjust to a different speed of play and noticed that girls were more methodical rather than reactionary compared to boys. And when first meeting and getting to know our SHS girls soccer team, he saw ” kind kids with talent and the potential for growth was significant.” He also saw some room for improvement noting that he wants to fix the competitiveness within the team and add in general, raise the soccer IQ. Glover’s goals are to prepare the team for the next level of playing, and to build up trust within the team so that when times get hard, players stay.

So whether you call him Coach, Mr., or friend, SHS welcomes Glover with open arms, and we are excited for the future of the Lady Owls Soccer team.

As of late August Mr. Glover has moved to working at SMS and Mr. Smith is teaching College Prep. Glover is still coaching the Seymour Lady Owls Soccer Team.