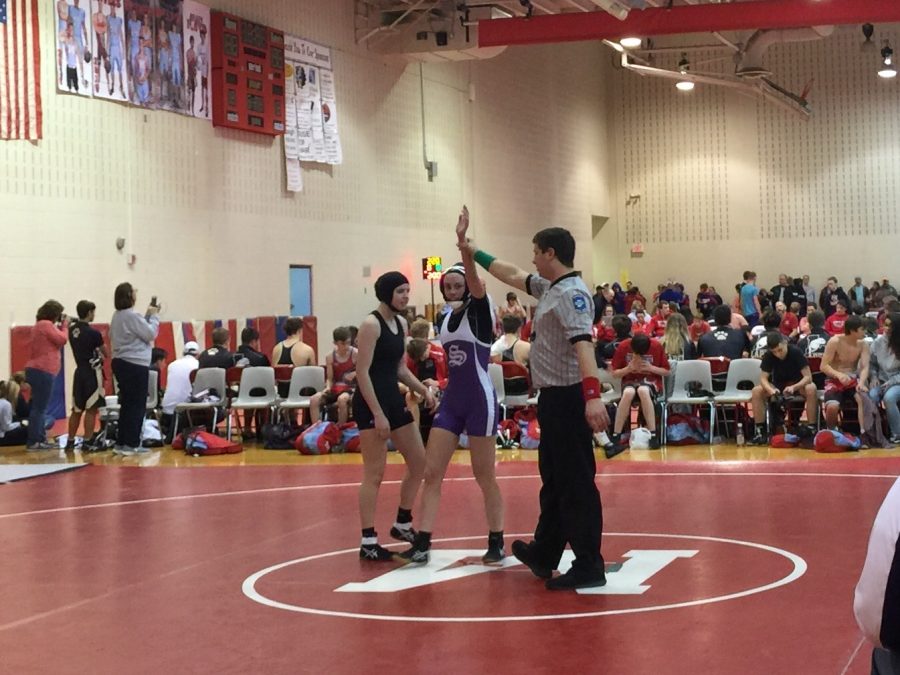 After jokingly having a conversation with Mr. Wolka about joining the wrestling team, I actually started to consider it. All I currently played was soccer, so my winters were not filled with a sport. I asked Mr. Wolka MANY questions having to do with the singlettes, getting ringworm, and not having ever watched a wrestling match. After he cleared up some of my questions and concerns for the time being, I decided I was going to be a wrestler.

When soccer came to a conclusion, I went to my first of many wrestling practices. The first couple practices were nothing but confusion and trying to keep up with what everyone else was doing. As time went on, it became more familiar and I started to enjoy the sport.

When people learn that I am a wrestler, a question they frequently ask is “why?” Honestly, I did not have a specific reason that I joined. I knew that some of my friends from soccer were joining, and I knew it would keep me in shape for soccer. Now that I have been wrestling for a little over a month, I have many reasons that I enjoy it. The teammates and coaches are all amazing day in and day out. I also love the aspect of learning something new and being challenged in a sport.

As the season progresses, I will continue to update my thoughts on the unique sport of wrestling. As of now, I am really enjoying being a wrestler. I am excited to see how much I can personally improve and learn throughout the season, and equally excited to see the victories of my teammates.