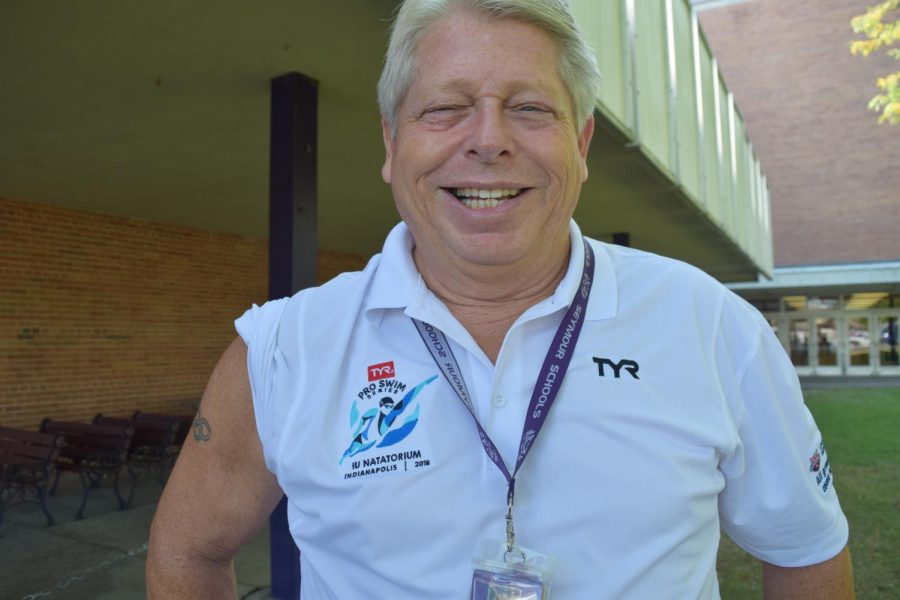 Coach Dave Boggs has been loyal to the SHS Swimming and Diving team for 35 years and surpassed 600 meet wins at the annual ‘S’ Invitational meet.

Coach Boggs wanted to be a coach in high school and in college he knew for sure. At first he wasn’t sure what sport he was going to coach but at age 19 he started coaching swimming because, ” I loved being around the water and I worked with really good people.” If he wasn’t a coach, Coach Boggs says he would have been a home-builder with his dad.

Coach Boggs has qualified 3 swimmers in the last 5 Olympic Trials. He looks back on the Olympics saying. ” The Olympics were great. My goal when I first started coaching was to have someone go to the Olympics by 2000. It happened. You don’t see many kids from rural schools in the Olympics. Patrick Calhoun showed that anyone could make the Olympic Team.”

CoachBoggs has learned a lot about coaching from when he first started to now. His coaching has changed because he is, “Always learning, evolving, tweaking, and looking to improve stuff.”

Coach Boggs has had a lot of success over the years, but he feels the greatest achievement when he sees first-year kids join and improve over the season.

SHS Swimming and Diving’s next meet is against Floyd Central High School at Floyd on January 5th at 10:00 AM. Their next home meet, which is also Senior Night, is against Columbus East on January 17 at 6:00 PM.