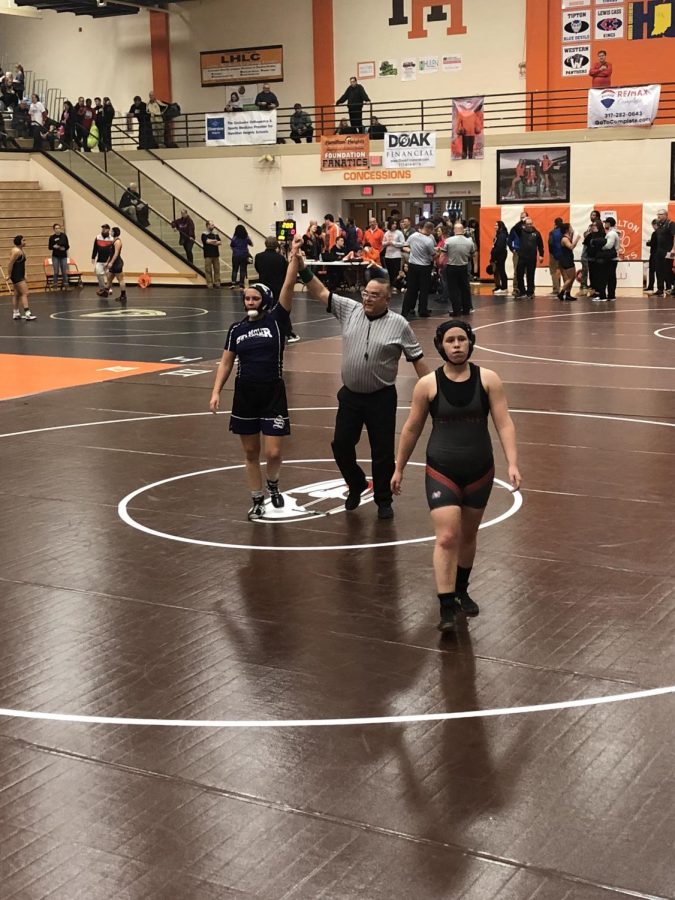 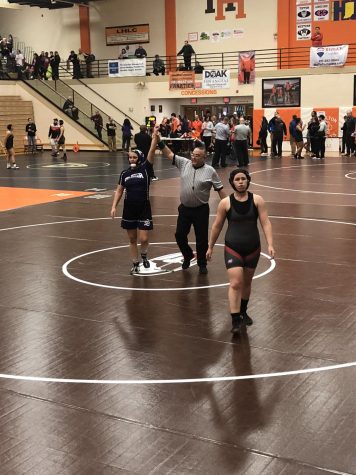 On Friday, January 11, the song “We are the Champions” rang through Hamilton Heights High School as close to 60 teams from around Indiana were announced. While all the girls and their coaches stood on the gym floor, the announcer said, “There are girls on this floor who will become state champions in the next three hours.” This was the third annual Indiana High School Girls Wrestling Tournament.

Ashley Trujillo wrestled the 138 weight class. She went 0-3 for the evening, but had to take a forfeit in her last match due to a knee injury.

Kate Snook wrestled the 160 weight class and went 2-1. She had a tough loss her first match when having to wrestle the first period against the wrong girl. They realized their mistake and restarted the match with the right girl.

Emma Gillaspy also went 2-1, but in the 170 weight class. She experienced a tough loss in her first match after pinning her opponent, but was later called illegal. This was very controversial among coaches and refs.

We are very proud of our Lady Owls Wrestlers and look for even more improvement next year!