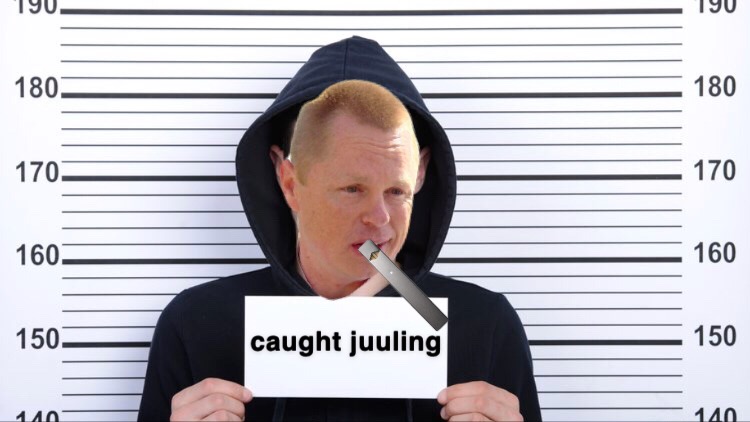 On Friday, March 29, Mr. Reasoner was caught by the school’s resource officer doing what no one would expect. He was caught ripping phat clouds in the boys’ restroom. Mr. Reasoner and other boys were standing around in the restroom juuling during the SRT passing period. Although this is strictly not allowed, he was not stopping other students and was hitting his OWN Juul. He has temporarily been suspended with his Juul destroyed by Mr. Prange.