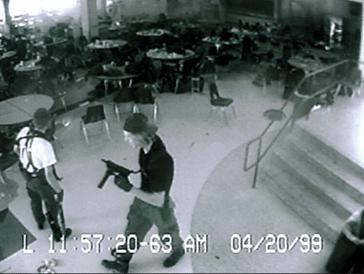 On April 20, 1999, at 11:19 A.M. America experienced a tragic loss. Two students at Columbine High School (located in Littleton, Colorado), Dylan Klebold (17) and Eric Harris (18) brought guns and bombs into Columbine. They killed 13 people and injured 23. After they killed their victims, they killed themselves in the library where some of their victims lay dead. Since the tragedy, there have been around ten school shootings a year on average which has caused over 375 deaths. This means that over 187,000 people have experienced a school shooting within 20 years.

On April 1, 2019, a male student brought a gun to school, shooting and injuring a classmate at Prescott High School (Arkansas). The injured student was airlifted to a hospital and is in stable condition. The shooter was escorted off of school property. Since Columbine, school shootings have been more common, so common, in fact, that nearly all schools now participate in drills and training in the event of a school shooting.

School shootings are something that happen more often than people are aware of. Some of the shooter’s reason of doing this crime was because they were bullied and they wanted revenge. Could this have been prevented had they not been bullied? Possibly, but there is no factual answer. One of the first steps to ending school shootings is just to be nice to one another. This may not end all school shootings, but just saying “hi” to someone can change someone’s aspect of life.