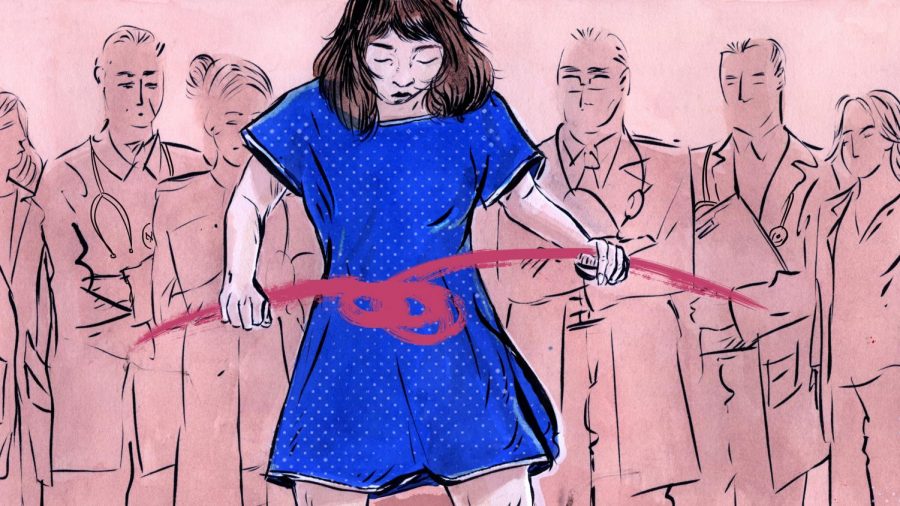 On October 16, 2017, PewSocialTrends posted statistics about the equality of men and women. 69% of the population (around 57% of women and 42% of men) in the U.S. believes the country has not gone through enough extents when giving women the same rights as men. An issue that shows that men have control of women is tubal ligation (tubes tied). A tubal ligation is a surgical procedure that permanently closes or blocks the Fallopian tubes.

If a woman has a husband, her husband must sign off that it is allowed for the woman to get her tubes tied in some hospitals. If a woman does not have a husband, doctors will try to convince the patient to wait. If a man is married and has a vasectomy, his wife does not have to sign off on it. If a man is not married, doctors do not try to convince the man to wait. Men can easily get a vasectomy without any hassle. Doctors say this is because the percentage of men who regret having this procedure done is only about 5% even if they are under the age of 30.

In the 1970s many women challenged the need to have spousal consent to get a tubal ligation. A book entitled Fit to Be Tied by Rebecca M. Kluchin helped courts favor most women to have a right to seek a tubal ligation without spousal consent. Federal courts have ruled state spousal consent laws unconstitutional, but the United States Supreme Court has never ruled on this issue, so it cannot be considered completely resolved.

There are many different requirements to get a tubal ligation. One of the requirements is to be 18-21 years of age (depending on the state residency), sometimes insurance companies will require the age to be higher. Women must find a doctor that will be willing to perform the surgery if the patient is younger than 30. Doctors say the reason they are uncooperative with giving a tubal ligation to women under the age of 30 is because there is a high percentage of women (25%) who regret having this surgery done. Also doctors recommend having a tubal ligation either 24-48 hours after giving birth or 6 weeks after birth because the tubes are easier to reach and close off.

Different women have different reasons for getting a tubal ligation. If there is history in the family of ovarian cancer, removing the Fallopian tubes decreases the chances by 67%. For other women this is a form of birth control. Many doctors will recommend other methods of birth control apart from a tubal ligation. Yekaterina Rabkin, a gynecologist from Virginia explains why she only does a tubal ligation after a C-section by stating, “Otherwise, you expose someone to surgical risk without any improvement in efficacy, a higher risk of ectopic pregnancy (due to procedural failure), and the issue of regret … I genuinely believe that a tubal ligation is not the best option for contraception for most people.”

For less than 100 years women have had the right to vote, have been able to wear pants in public, and have had the ability to have a job. Since the beginning of time men have had the ability to do as they please. Less than 200 years ago it was acceptable for men to have multiple sexual partners, but if a woman was not a virgin when married she was ridiculed. Things have changed for women in the short amount of time, but women still do not have the same equal rights as men.