The Biggest Debate at SHS 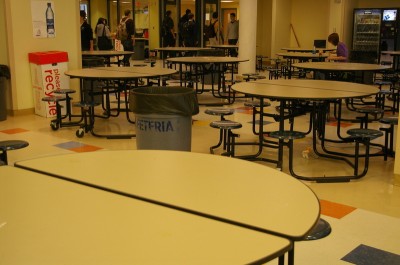 The biggest debate at SHS is whether power hour was better than SRT.

Pro-SRT: Although the change from PowerHour to SRT wasn’t received well, even by me, I now think the switch was for the best. Power Hour was chaotic and kids rarely used it responsibly, it was basically an hour of lunch. And the lunch situation was not good, kids would be everywhere in the school leaving behind trash and messes. Besides, being monitored by a teacher is much more effective for getting your work done. With SRT, you are able to get passes from teachers to get help and for club meetings, so you are not locked in a classroom. During Power Hour you did not need to get a pass, but you would have to figure out when the teacher was available. You might not end up eating lunch if you have to hunt down a teacher only to figure out they aren’t free until the second half. SRT cuts down on this confusion. Although the freedom of going wherever you wanted was nice it obviously was too much responsibility for some kids as numerous fights broke out. Power Hour just isn’t worth the trouble, and when kids would go to their 3rd block class teachers would complain about kids carrying on their rowdy behavior even after the hour is up, disrupting class. Whether you are for or against SRT we can all agree it is much better than the traditional schedule, we should all be grateful we still have a 30 minute free period built in.

Pro-Power Hour: Although Power Hour got taken from us for negative reasons, it was very resourceful to students. With Power Hour, you never had to have the agony of waiting to eat third lunch, and you could chose to eat with your friends. It also allowed students to eat in the Commons, which allowed for more places to sit. With SRT, you are confined to just the cafeteria, you may not to get to eat with your friends, and you may have to wait till third lunch to eat. Power Hour gave students freedom, much like they will have in the real world. During SRT, you do not get to experience the freedom that you will receive in the real world. Power Hour made getting help from your teachers and collaborating with peers easier, because you did not have to get a pass. With SRT, it is very difficult to leave your classroom, because you have to get a pass in advance. With SRT, it is harder to schedule things for clubs because you do not have two 30 minute segments. The schedule that included Power Hour also shortened class periods which students loved! Not all students abused Power Hour, and many used it very responsibly to get work done.