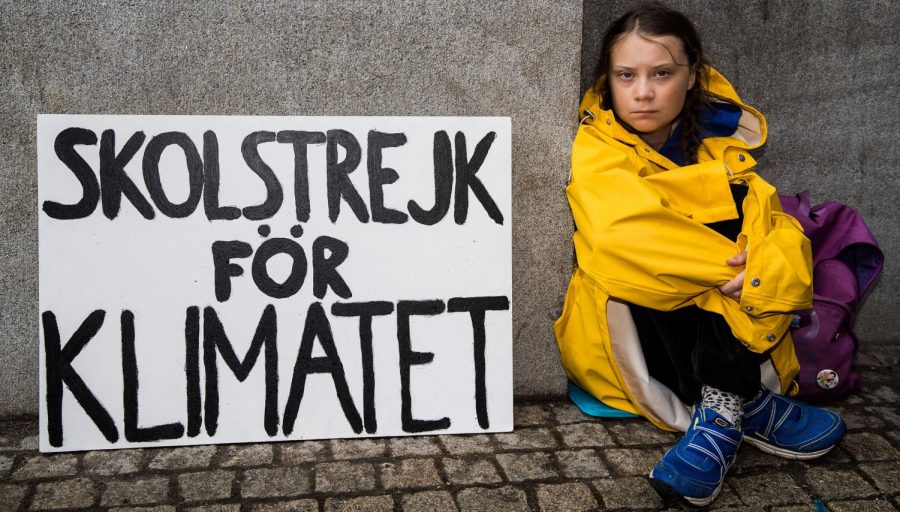 On August 20, 2018, Greta Thunberg, a 15 years old girl with Asperger’s (a developmental disorder characterized by significant difficulties in social interaction and nonverbal communication, along with restricted and repetitive patterns of behavior and interests), decided to not attend school until September 9, 2018 which was the day of the Swedish general election. She stayed outside the Swedish parliament with a sign that said, “School strike for climate.” This started because of the heatwaves and wildfires in Sweden. It was their hottest summer there in at least 262 years. One year later she has inspired over seven million people to join her.

Now at the age of 16, Greta has completed so much already. She won Sweden’s alternative Nobel Prize for her activism. Also, she was the first person to receive the key to Montreal from Mayor Valérie Plante. On September 20, 2019, 7.6 million people joined her in a global climate strike. Indianapolis as well as Louisville both held locations in which a strike was being held. School is intentionally being missed during these strikes to show the seriousness of this young generation. Students were holding signs that said, “There is no planet b,” “Save our only home,” You’ll die of old age, we’ll die of climate change,” and many other signs. People of the older generation are having a harder time becoming a part of the climate crisis. The younger generations are the ones who will have to fix it, so they are doing everything they can on there part to do it. A quote from a climate protest in New York City on September 21 was as stated, We showed that we are united and that we, young people, are unstoppable.”

Trump has made comments about teen activist Greta. He mocked her on Twitter after she spoke to world leaders for not doing enough about the climate crisis. Trump stated, “She seems like a very happy young girl looking forward to a bright and wonderful future. So nice to see!” When Greta saw this, she found a humerus way to reply to his comment. She took his words and put them as her Twitter bio.

Apart from the negativity that some people are choosing to say about Greta and her activism, she is remaining strong in the hopes that the government, and leaders of the world will do something about the climate change that is going on. “We are striking because we have done our homework, and they have not.” This quote was taken from a climate protest that was in Hamburg, Germany on March 1, 2019. The climate strikes will continue to happen, and it is a subject that people will continue to talk about for years.

To be involved in saving the environment, there are many things that can be done. Apart from donating, doing small acts such as not using plastic (or recycling when using it), being careful with the carbon footprint, and recycling can play big roles in saving the environment. Use a reusable water bottle instead of a plastic one, and if a straw is truly needed buy a metal straw. It may just be one straw or one bottle, but there are seven billion people in the world. If everyone has the same mindset, then that is seven billion more pieces of plastic being thrown into the environment and becoming micro-plastic which will end up in the ocean. Do the world a favor and become a part of resolving the climate crisis.