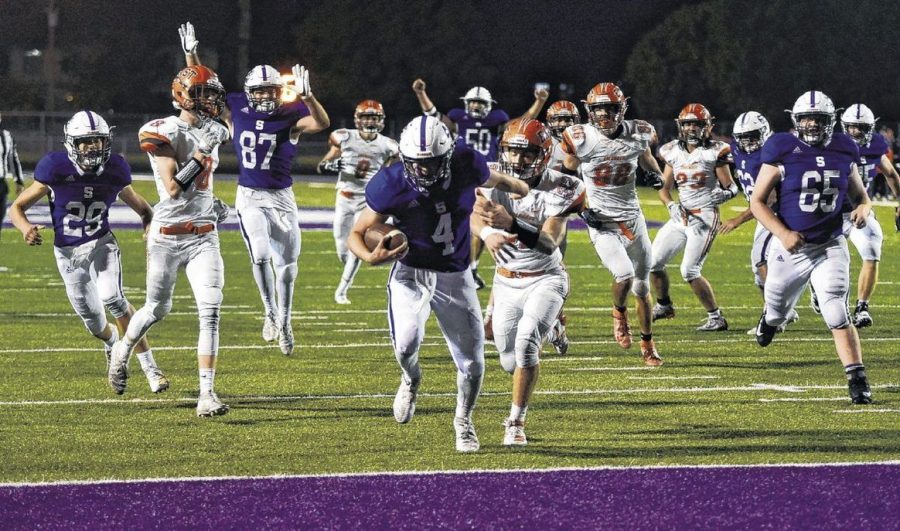 The reigning state champions Columbus East traveled to Seymour for Friday night lights. Conditions weren’t ideal for either team or spectators. It was a cold and rainy night, with the rain being on and off before the second half, where it rained for the most of the night. The conditions turned the game into a slug-fest, with each team trying to get the best out of running the ball.

The first quarter was quite dull in terms of action. Neither team would score and would go back and forth either punting the ball or turning the ball over on downs.

Much of the same would occur in the second quarter. Each team did however get points on the board. East would strike first on a 6-yard pass from Malachi Parks to Cole Gilley to give them a 7-0 lead. Seymour wouldn’t let the score get to them and answered with a strike of their own, a 14-yard run from Brendan Smith. The game was all evened up at 7-7 when halftime rolled around.

The third quarter saw the Olympians get the only score for the remainder of the game, a 39-yard run by Parks. Seymour tried to string something together, but in the end just couldn’t get it done. The Owls, who are now 4-4, will take on Floyd Central at home next Friday before their sectional bid against Franklin Community the following week.