Deadly Virus Spreading Across The World 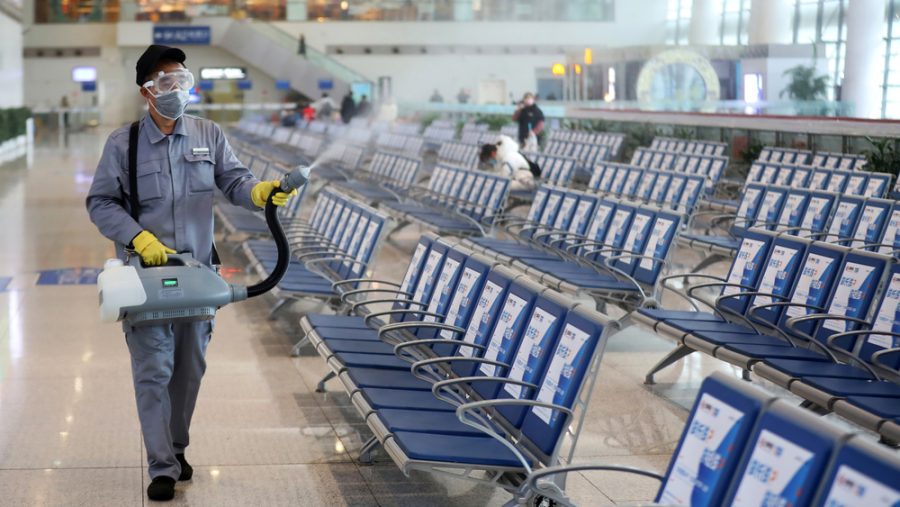 Starting in late December, China has been experiencing a disease called the Corona Virus that is spreading rapidly. The symptoms of the virus include fever, coughing, and shortness of breath. Some will start to realize these symptoms, anywhere from 2 to 14 days after getting the virus. The virus was first found in different animals including camels, cattle, cats, and even bats. The number of cases confirmed are rising each day with the number of known cases increasing 60% over night. Doctors said that they are running low on test kits, so they are afraid that the real number of cases will be much higher.  The disease has affected over 2,000 people, and 58 have died. To be able to try and contain the virus China has shut down all public transportation to 10 cities, which affected 35 million people. Since Wuhan has the most confirmed cases of this virus, it has been shut down to travelers. Doctors say that trying to avoid getting this virus people need to avoid anyone who is sick, wash your hands frequently with soap and water, and seek medical attention as soon as one starts having symptoms. So far there isn’t a vaccine or treatment that can help avoid getting the virus.

There have been other confirmed cases in countries including Japan, Thailand, Taiwan, South Korea, Vietnam, Singapore, and two in the United States. The first person to get this virus in the U.S. was a man in his 30’s that had recently traveled to Wuhan, and he was able to make it back here before the screening happened. The second case was from a woman in her 60’s that also had recently traveled to Wuhan, returning earlier this month. They both are being hospitalized and are in good condition.