The New Series Everyone is Talking About 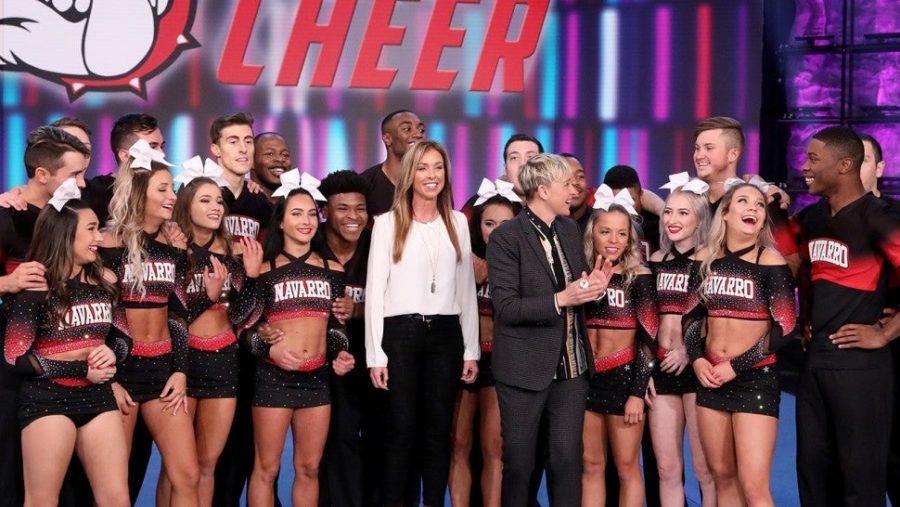 America has fallen in love with a small rural community and their college’s cheer team. On January 8, the six-episode docuseries Cheer premiered on Netflix. Since its release, the internet has been flooded with memes, videos, and commentary on the cheer team and the series.

Throughout the series, viewers are exposed to multiple interviews of the coaches and cheerleaders delving into their personal lives. Every cheerleader has a unique story of how they ended up at Navarro. Cheer uniquely breaks the stereotype that advanced athletes come from “cookie cutter” families. From abuse, close family deaths, childhood fame, and more the Navarro Cheerleaders come from all walks of life.

Cheer brings you on the journey of Navarro attempting to bring home their 14th National Championship. The docuseries is set up as a countdown of days until they compete in Daytona Beach, Florida. Daytona is where their biggest competition, the NCA National Championship, occurs. This competition is the Super Bowl of cheerleading, after completing college there is not a pro-cheer team to move on to.

Before the competition in Daytona, teammates compete against each other to see who will “make mat.” There are around forty cheerleaders on the team, but only twenty can be on the mat when they go to Daytona. This causes drama and tension between teammates, but they must race to resolve their drama before going to Daytona. Another problem for the Navarro Cheer team is the amount of injuries. Navarro does some of the most complex stunts and pyramids ever seen, and this leads to many injuries. Viewers are constantly left wondering who will be healthy enough to compete at Daytona.

Since the success of their new series, the Navarro Cheer team has been all the talk on social media. Many viewers have made Tik Toks or discussed the cheerleaders on Twitter. Many celebrities such as Reese Witherspoon and J.J. Watt have talked about the show. The Navarro Cheer team has had the opportunity to be on The Ellen Show and the Today Show in recent weeks. There has been enough talk about this team that Saturday Night Live even did a skit impersonating the team.

Through all the drama and emotions, Cheer is sure to leave viewers on the edge of their seat. This series effectively breaks the stereotype many people have about cheerleading not being a “real” sport. In my opinion, this docuseries is so popular because viewers are able to follow the Navarro Cheerleaders on social media and continue to see their success. The real question that everyone is asking now is, “Will there be a second season?”