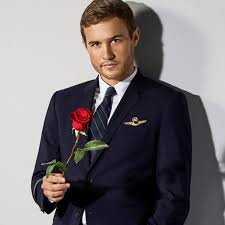 The Bachelor is slowly starting to heat up, with week five underway and a second episode airing Wednesday night.

The night starts off with the ladies at the cocktail party, arguing with the returning Alayah. Hesitant about her intentions, Peter decides to send her home. After apologizing, the rose ceremony begins.

Madison, Sydney, Natasha, Lexi, and Hannah Ann start the roll call in the ceremony. After keeping 12 ladies, three get sent home. The next adventures now await in Costa Rica, the perfect place to fall in love.

Costa Rica brings three new dates: two one-on-ones and a group date. Peter shows up, flying a helicopter, with 22 stitches in his head. Entertaining the girls, he talks about coming across a puma, but really he hit his head against a golf cart and a glass cup. Pushing the story aside, Peter grabs Sydney and heads off in the helicopter. Onto the first date….

Peter and Sydney land in a field and have a heart to heart conversation about her family and their thoughts on traveling. When they start kissing, Peter mentions that fact that Sydney is “the best kisser.”  Ending in butting heads, the couple then heads to dinner. At dinner Sydney mentions how she was teased as a kid because of her race. She “ate her lunch, like, literally in a bathroom stall her whole senior year.” She was mistreated and Peter could not understand why people still acted like that towards others. They ended the date kissing. Back at the house, the other girls have emotional drama and talk about Sydney and Kelsey. Others mention the fact they hate Peter dating other girls and they are not okay with it. Next up… GROUP DATE

Shiann, Kelsey, Victoria F., Madison, Victoria P., Natasha, Lexi, Hannah Ann, Tammy, and Mykenna all head to the beautiful waterfalls of the rain forest. The girls find out they will be featured in the March issue of Cosmopolitan, as they model bathing suits. The winner of the shoot will be featured with Peter on the front page. Lots of kissing and jealously leads to Victoria F. winning the photo shoot. The night party leads to more drama with Kelsey and the accusations of her emotional instability. Tammy,  consoles with the others about Kelsey which boils the waters. Peter hears about the rumors of Kelsey and that leads to names being given and more drama being started. The group date rose goes to Hannah Ann. The show is not over…

The second one-on-one is with Kelly, the before show lover. She is not too excited to be on the date and is just going through the motions. Peter hopes visiting Costa Rican shamans.

The next day sends Kelsey to Peter’s house which leads to some explanations and a rose handed to her privately. Making her way back to the house, Kelsey does not hide what she receives and tells the girls what happened. The attacks then start. Heading to the rose ceremony, the cocktail party was cancelled. The night ended with Deandra, Savannah, and Kiarra all heading home.

The Bachelor is on every Monday night from 8-10 p.m.