School Spirit at its “Best” 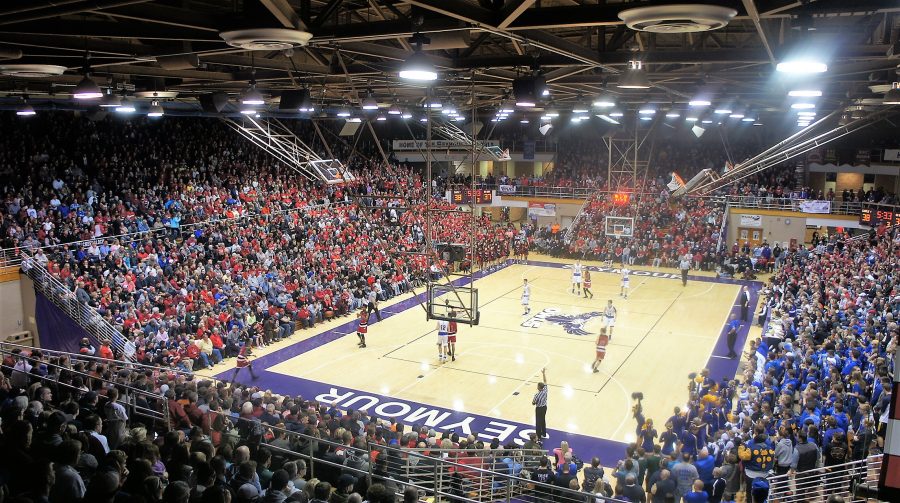 As many people know, Seymour High School’s own, Lloyd E. Scott Gymnasium, is the largest high school gym in the nation. So, why not use it to our advantage?

School spirit is an aspect that can make your high school experience memorable. Out of about 1,500 students at Seymour High School, less than 15% of students come out for the home games. Students these days do not prioritize going to athletic events.

The Lady Owls basketball team traveled to Jennings County High School to participate in Sectional 15 on February 4, 2020. The team took on Bedford North Lawrence, a team who has won eight Sectional titles in a row. There was an estimated amount of 20 students from Seymour that came to support them as the team was looking for their first sectional win under Seymour’s Coach Longmeier. As the team came charging out of the locker room and onto the court, you could hear a pin drop. The parents were cheering, but not loudly, and the students were quiet as well. Meanwhile, BNL fans poured into other sections as their team quickly took the lead. “This does not feel like a sectional,” said some fans that have experienced an intriguing and thrilling basketball game in the past. The Seymour fans showed no excitement throughout the game.

Another complaint that was announced was that there were not any cheerleaders. How can we be enthusiastic about the game, if no one is there to lead? The cheerleaders usually attend the Seymour boys basketball games and very rarely do they attend the girls’ games and quickly after Seymour’s win was out of sight, many people started there way out of the doors.

Seymour High School has decided to withdrawal for a winter homecoming due to the lack of school spirit and wants to regain the amount of students to participate. A few students decided to travel to a neighboring school that had an over-the-top experience with school spirit. Seymour High School hopes to put to use some of the advice they received from the neighboring school. There is only so much SHS can do, but it all comes down to the students and what they do to fix the situation.