2020 from a Student’s Perspective 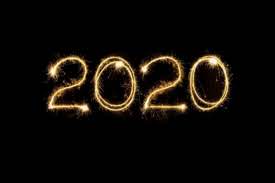 Anticipatingly huddled around the television waiting for the ball to drop, I never in a million years would’ve thought that this would collectively be the worst year of everyones’ lives. After Kobe and Giannna’s deaths,  I heard about the virus in January, but I dismissed it thinking it was a small sickness that couldn’t spread past China. I remember the first United States cases in Washington. I was startled, but not extraordinarily worried. Not even a week later cases popped up around the U.S. I think what really began my fear was the first Indiana case. Everyone was blissfully unaware of how serious this was going to be. People faking coughing to be comical claiming that they had the virus was an ominous beginning to the pandemic. I went to Jennings County High School last year, and they sent us home in February. We were told it was only for three weeks, until cases died down. Ignorantly, all of us were thinking of it as a vacation and happy, not knowing what was ahead. All of the sudden, my mom was claiming that she couldn’t find toilet paper and other essentials in barely any store. Panic spread, and the hoarding began. We bought masks off of someone, and I had never worn one in my entire life before. It was about April, and I hadn’t been inside of a store in two months. Finally, I went to the dollar store masked up, and it was like a horror movie scene. No one spoke, I still don’t understand if that was because they were afraid of transmitting the virus through saliva, or if they were too afraid to speak with how tense the setting was. Carts were zooming up and down the aisles, some bumping right into me. It was after that day I made a connection, people you once knew would act rude just because of the pandemic. Mass hysteria and fear of the unknown brought people further apart. I think that 2020 made me appreciate the small things that I once took advantage of. I would give anything to be able to hug someone again, or walk into a mall without a mask or worry. The year also allowed me to get more involved with my hobbies, which was one of the only positive outcomes it brought. I can only face 2021 with resilience and patience, and I hope to experience normal again one day.