How these often looked over students are dominating higher education institutions, even throughout their own struggles 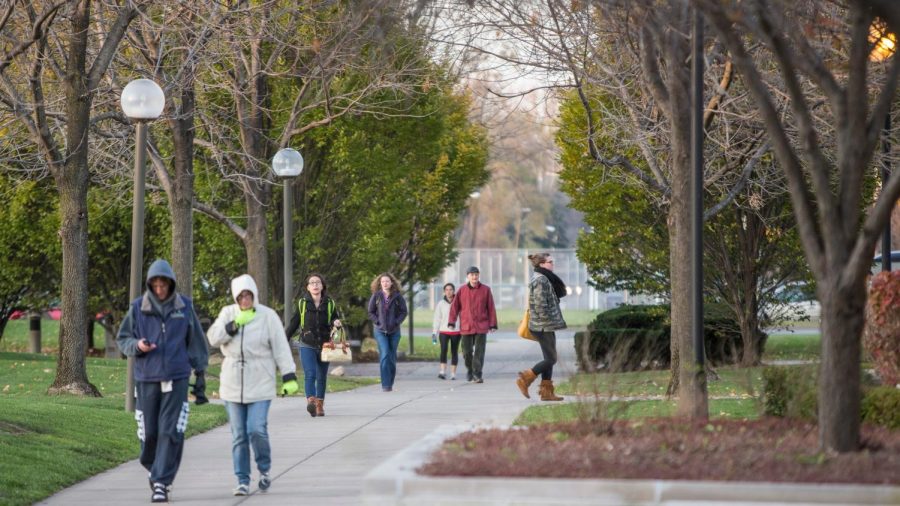 The trademark College Experience: dorms, parties, new experiences, and a new sense of independence. Teenagers idolize the concept of college living, excited to leave their homes and start new lives for themselves. More often than not, teachers and administrators push college education on students, usually being seen as the best path you can take after high school. While the high school-to-college pipeline is the usual for promising students, some people can’t always jump into higher education at eighteen.

As a result of a lack of funds, direction, or inspiration, many teens decide against pursuing a higher education right out of high school. Some people are choosing to go back to college long after their high school career when they feel more stable or competent to do so. Adult college students are an increasing demographic of college student bodies. While rarely thought of, this group of people is integral for the survival of colleges and universities nationwide. According to the Education Writers Association, adults have at times made up to 40% of the entire nation’s college demographic.

While more and more adults are committing to colleges, many of them aren’t able to see their education through to the end. Research by the National Student Clearinghouse has reported that there are 36 million American adults with partial college education and no degree.  Just like most demographics, people of color are the most affected, with Hispanic and African American populations making up the majority of these students.

So what happens to these adults for them to give up all the time and energy spent on college educations?

Simply put: life gets in the way.

Income, tuition expenses, health problems, and family issues are all reasons cited as to why adults resign their education.

Audra Rochelle is one case from this large demographic. She had studied at Indiana University in hopes of becoming a nurse. After having her first child, she decided too much was on her plate. She begrudgingly dropped out of college:

“I almost nearly graduated college when I was younger, and I had a couple of semesters left before I finished my bachelor’s degree in nursing. I had my first child, and I had really bad postpartum depression.”

Postpartum depression (PPD) is a psychological disorder that affects birth givers as a result of the transition to parenthood. Alongside hormonal changes in the body and physical fatigue from childbirth, it can completely debilitate new parents.

Audra adds: “I almost couldn’t leave the house. It was crippling.”

This began a confusing relationship between Audra and her college education. She tried going back a few years later after her first child, but financial problems halted this attempt. Now with two kids, and lack of any financial aid as an adult student, she was unable to continue.

Before she met her current partner, Jase Robinson, she worked in a psychiatric care facility for a few years. Then they opened their current business, a Crossfit gym in Columbus, Indiana called Deathproof. Even after seeing immense success with this venture, she still felt a void where her college degree should’ve been.

“You know, I kinda just wanted to check that box. Even though I don’t necessarily need to go back at this point, [Jase] has been nudging me to go back to school. He said, ‘that’s not going to be the thing you don’t do.’”

She is currently studying community health advocacy, changing majors after her return. After this study is finished at Indiana University, she will start graduate school as a physician’s assistant. Even though she has been confident in all of her ventures, she was nervous to go back to school: “My concern was that I didn’t want to be an old lady in my classes, but [my advisor] was like, ‘no, there’s lots of people in their forties that are in this field.’”

Audra is currently running the Deathproof Crossfit gym with her partner Jase Robinson while pursuing the college degree she started in her twenties. Even after her turbulent relationship with college, she is once again back on track, and has no plans of resigning her education again.

Life’s challenges are almost always unexpected, and progress is never linear. Even if hurdles are thrown in your direction, you will always have the strength to overcome them.