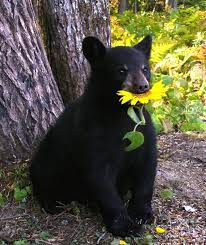 The Department of Natural Resources recently happened upon a deceased black bear in northern Indiana. The bear was found on a toll road in Bristol Wednesday, and they are still looking into the cause of death. However, this isn’t the first bear sighting in Indiana, and scientists predict it won’t be the last.

Why Are Bears Here?

The process of pinpointing the reason why black bears have been coming here does not provide one solid answer. Historically, bears have migrated to stock up on extra food during hibernation. Bears will just roam until they find some variation of food, and this was seen this summer. A bear was spotted in Vanderburgh County rooting through someone’s garbage, but it quickly made its way to Kentucky.

Are Bears Here to Stay?

Due to a change in hunting rules in Michigan, the black bear population has rapidly increased. A wildlife conservation group predicts, “bears and Hoosiers will meet again.” Now, we see at least one bear sighting every year. Therefore, there is a good chance that bears will become more prominent in Indiana.

The DNR has advised Indiana residents to secure their garbage because the contents inside can be harmful to bears. They also have released an article containing information about what to do if you encounter a bear. Although they can be dangerous, I am excited to see an increase in bears in my state.