Haiti: A Nation in Crisis 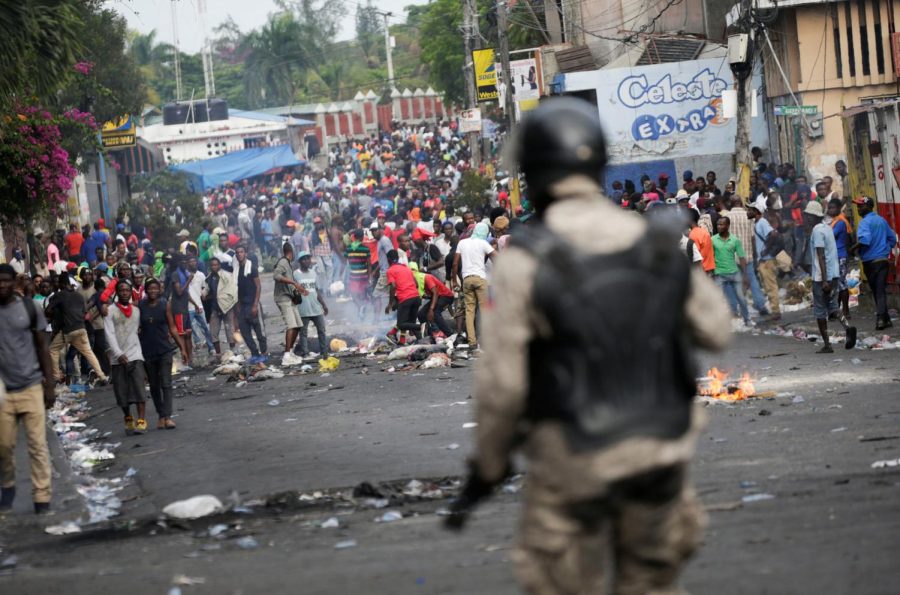 The nation of Haiti, a half of an island not far from the Florida peninsula, is a country plagued with social unrest, poverty, and devastating earthquakes.  Haiti has been a victim of poor governance and positioning over a large fault line that makes it very susceptible to earthquakes.  Formed by a slave revolt in the late late 1700’s, Haiti has been in a constant state of turmoil, and this past year has been no exception with Haitians at the U.S. border and violent protests against the government.

For the past two centuries, Haiti has been hit by dozens of earthquakes, some resulting in the death of thousands of citizens.  In May of 1842, the island, which also is home to the Dominican Republic, was shaken by an 8.1 earthquake. For reference, 3 is the smallest magnitude of earthquake that can still be felt while 9.5 is the highest earthquake magnitude ever recorded.  This quake killed 5,000 people, half the population of the town of Cap-Haitien, and demolished 6 other towns on the northwest side of the island. Scherer (1912) reported, “In less than one minute the towns of Cap-Haitien, Santiago de los Caballeros, Port-de-Paix, Mole St. Nicolas, and Fort Liberte were reduced to heaps of ruins”(uwi.edu).  In January of 2010, the worst earthquake to hit Haiti since the 18th century occurred killing more than 200,000 and leaving hundreds of thousands more displaced. “The collapsed buildings defining the landscape of the disaster area came as a consequence of Haiti’s lack of building codes. Without adequate reinforcement, the buildings disintegrated under the force of the quake, killing or trapping their occupants”(Britannica).  The poverty of the country contributed to the severity of the earthquake’s effects.  Just as recently as August 2021, a 7.2 magnitude earthquake struck Haiti once again, killing 2,000 people.

Just as these earthquakes have terrorized the people of Haiti and their livelihoods for generations, many other factors contribute to their plight.  The uptick in gang violence, protests, and border crossings in 2021 alone have contributed greatly to the tumultuous history of Haiti. Early in 2021, many Haitian citizens took to the streets to protest President Jovenel Moïse governing over his term.  On July 7, 2021, barely half-way through the year, Président Jovenel Moïse was assassinated by a group of foreign mercenaries aided by the country’s own prime minister.  Along with unrest in the government, gangs in Haiti, most notably the 400 Mawazo gang, took part in violence and multiple kidnappings throughout the country.  On October 16, “a group of 17 [American] missionaries including children” (NPR) were kidnapped.  They have since been released.  The unrest in Haiti also spread to the U.S-Mexico border in September where tens of thousands of Haitian immigrants amassed.  The now widely circulated pictures of border patrol workers using violent tactics to round up immigrants is a stark reminder of the Haitian’s plight.

The best thing we can do to help Haiti is to donate money and stay aware of the growing crisis only 240 miles from American shores.