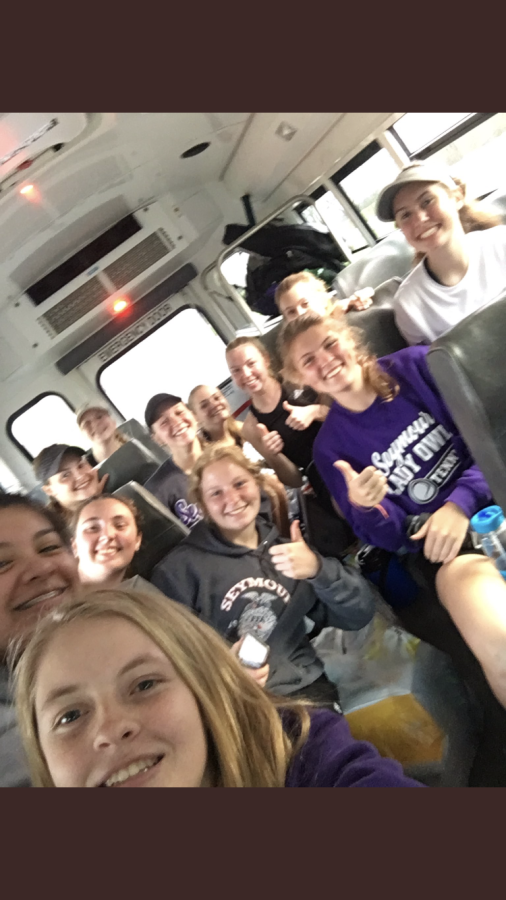 Lady Owls, woot woot! Seymour Lady Owls tennis is on a roll. They have gone mostly undefeated in regular season and have lost to #3 ranked Columbus North only. There have been some close matches, but the Lady Owls have persevered and won. The singles lineup has stayed rock solid throughout the season with Brooke Schafstall at one singles, Madalyn Baurle at two singles, and Elise Hartung at three singles. The doubles lineup has struggled some, but Ashley Clemente and Caroline Thompson have settled into one doubles, and Jessica Hougland and Addison Hunsley have settled into two doubles. As head coach, Sharon Wood has had to make some tough decisions about the lineup, but she, like her players, has pushed through and is very confident in her players’ abilities. She has decided on this varsity lineup for the Hoosier Hills Conference Tournament and sectionals.

Wish the Lady Owls good luck tonight in their last match of regular season as they head to Tipton Lakes to play #11 ranked Franklin Community!